Haberdashers’ schools are united into a family structure by their ancient and modern relationship with the Haberdashers’ Company.

Each year we welcome students, normally in their first year of secondary education, from all our schools across the country to Haberdashers’ Hall in the heart of the City of London to introduce them to this part of their schools’ heritage.

The day that they spend exploring our history is planned as interactive, structured and entertaining.

During the visit, pupils are given chances to handle original and reproduction historical objects, participate in 500-year-old Haberdashers’ traditions, work with storytellers and historical reenactors, create their own versions of the Haberdashers’ crest and explore the Hall and its centuries old and modern works of art.

The visit also enables pupils to understand the bigger picture of the Worshipful Company of Haberdashers and the City of London. Livery Companies have, since the medieval period, been strong and active in supporting trade, education, charity and fellowship, working in the best interests of the communities in which they operate.

Students learn about the evolution of Haberdashers’ from a medieval religious and trade guild to its modern operating model as a philanthropic institution focussed on education and young people.

A Tudor Haberdasher accompanies students through the history of the City with opportunities to learn about Gog and Magog, re-enact medieval apprentice street life and recreate the roles of Master Haberdasher, the Four Wardens, the Clerk and the Beadle. 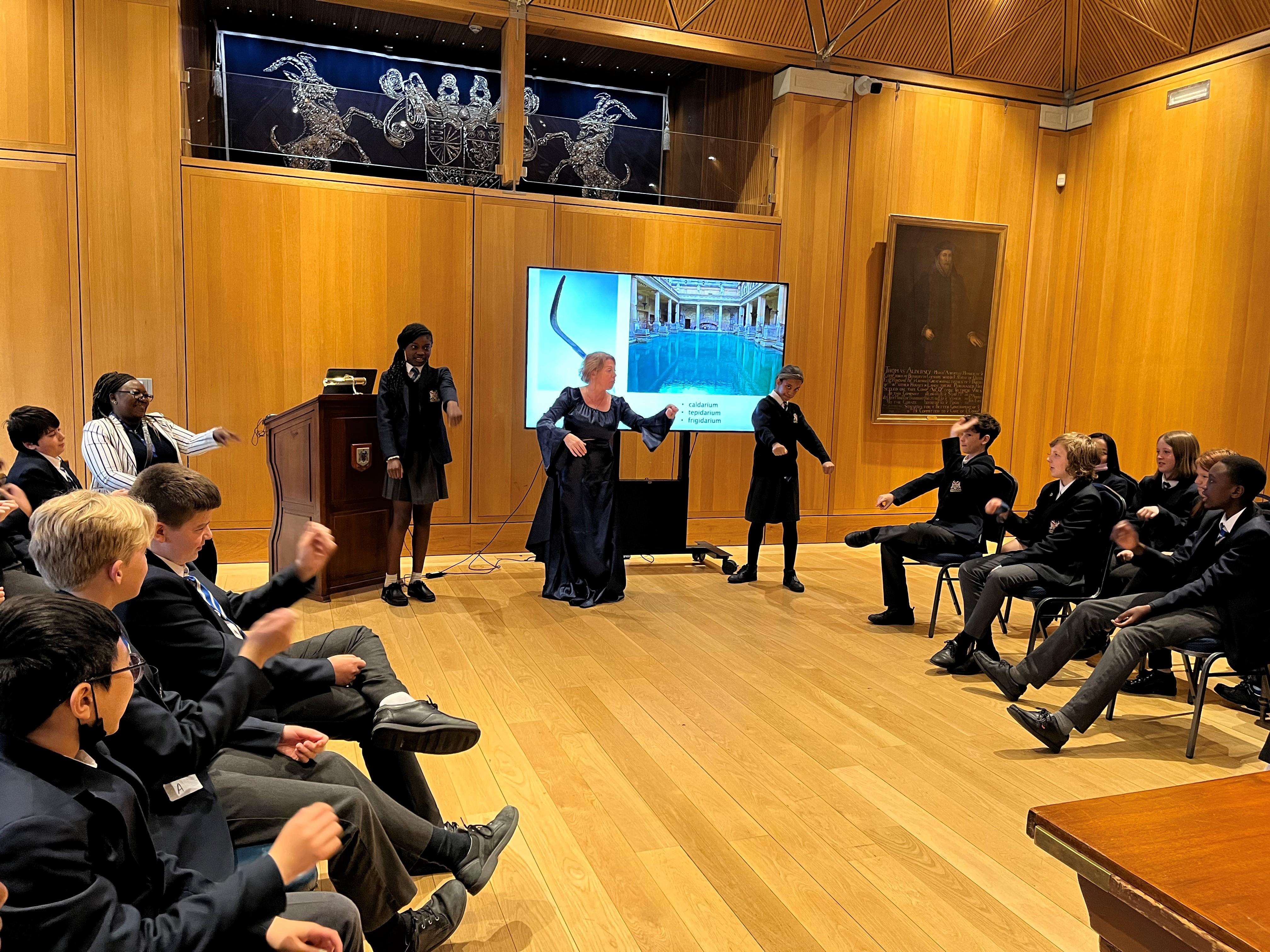 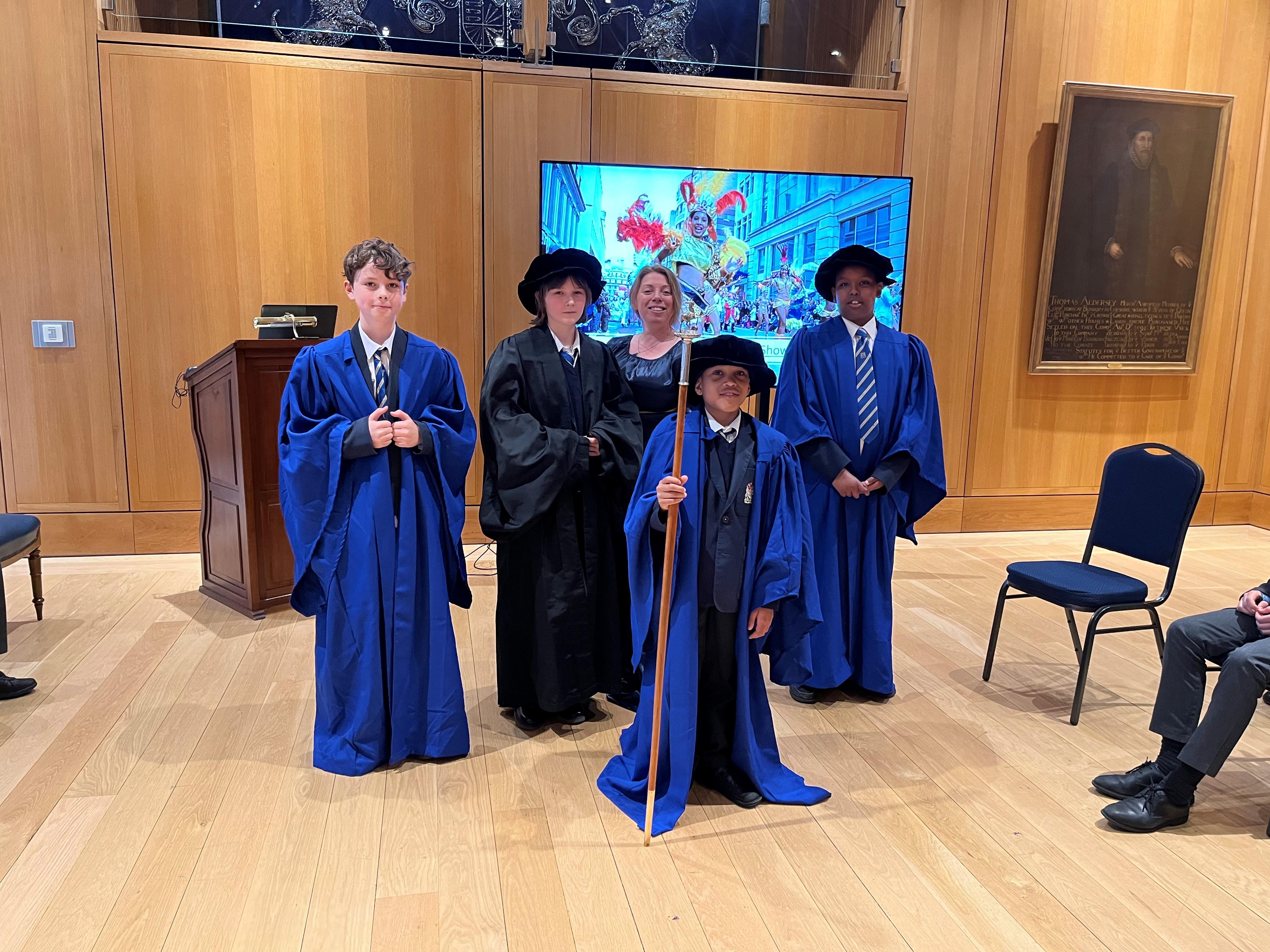 Living history with the Master, Beadle and the Four Wardens in the Livery Hall

In the Court Room – Object handling and Haberdashers’ ceremonies

An opportunity to understand the past by examining artefacts, looking at works of art, re-enacting ceremonies with a Q&A session with the Haberdashers’ company historian and archivist. 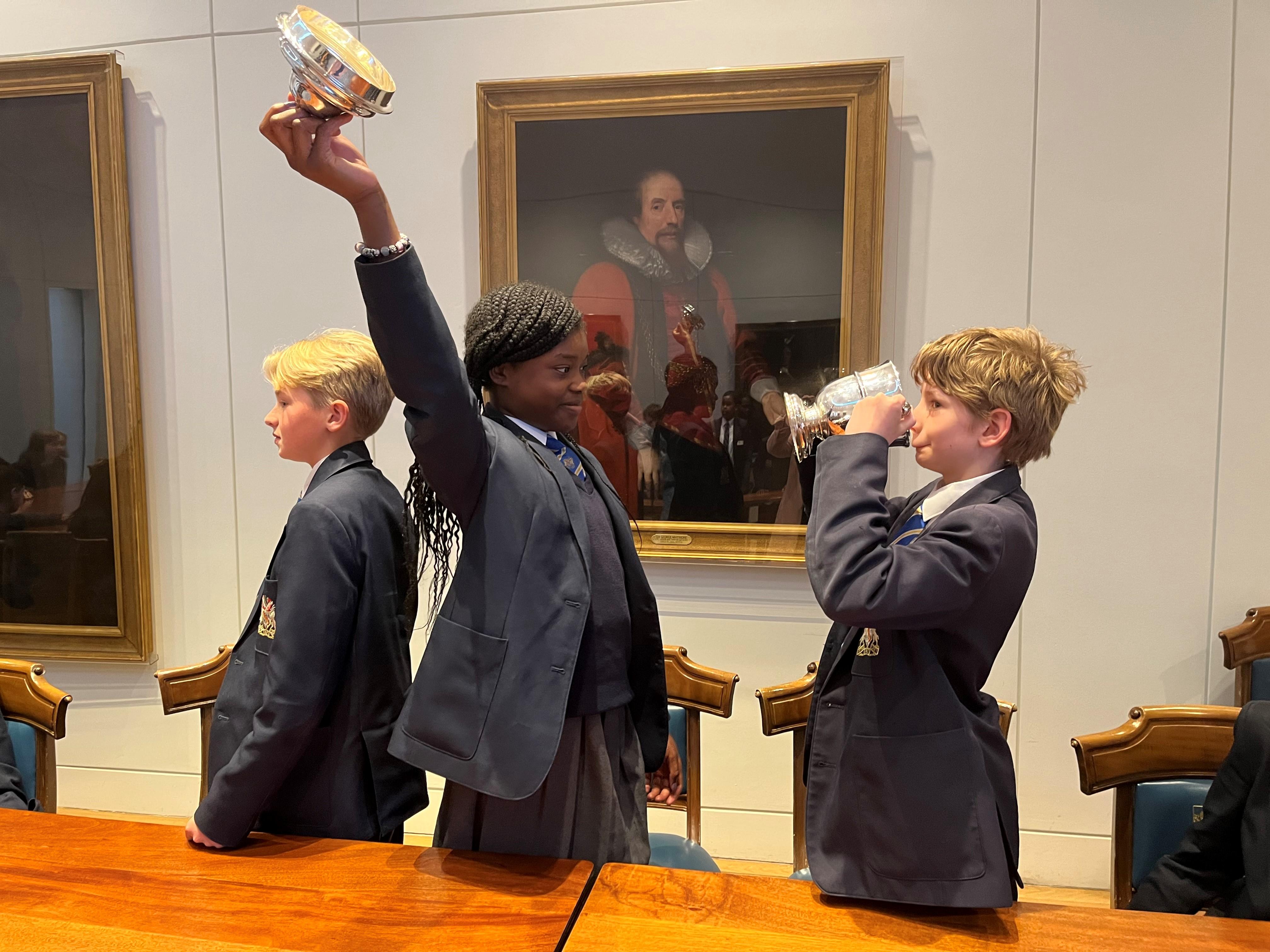 Re-enacting Haberdashers' ceremonies in the Court Room - the Loving Cup

Students follow a quiz trail around the Hall in groups, accompanied by teaching staff, answering questions on artworks and historical artefacts to help them build up a picture of the history of the Company. Then they recreate their own Haberdashers’ crest to wear throughout the day.