As he was under 16, Will Cuhls, a pupil at Haberdashers' Adams, couldn’t join his mother Ruth for “take your child to work day” on the children’s ward. 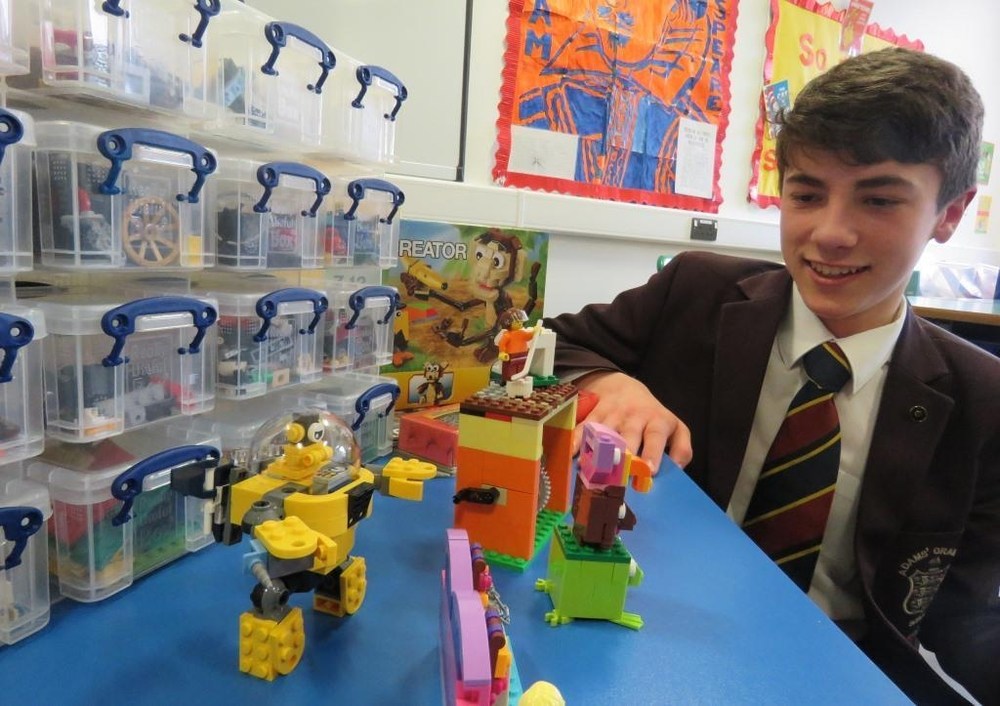 Instead he spent three days researching, creating and testing the different sets which include Lego zipwires, balloon racing cars, robots and mechanical toys. They will be used mainly by oncology patients – and also those who are long stay in the hospital and recurrent patients – as part of the educational activities in the schoolroom on the children’s ward.

The equipment, which also includes Lego storage boxes and books, has all been funded by The Harry Johnson Trust, which supports and helps children and teenagers receiving care from the oncology team at PRH.

Ruth, who is a volunteer teacher at the hospital, said: “We knew that Will couldn’t come in and work with the patients because he was too young, so we thought we could put a project together that could be used in the ward as part of take your child to work day instead. There are a number of children here who like Lego, so it was the perfect choice. Children don’t associate Lego with work, so we thought it would be very engaging, particularly for those children who aren’t well enough to do school work.”

Will said: “I have really enjoyed this project because I really do like building different things using Lego. We looked at a lot of different Lego sets, pieces and books before we made a decision on what kits to put together, and we also asked the children what sort of things they would like to build. It’s nice to know that the kits will help the children.”

Tracey Caldicott, schoolroom teacher at Sath, said: “I think it is a fantastic project and the children are going to benefit from this so much. A lot of our patients on the ward are not always well enough, or emotionally able to cope with the idea of school work but this is perfect way of getting them involved. Often we are trying to find things that are sneakily educational, and also fun, so it has been really useful having a young person rather than an adult creating these kits. They look so exciting and will really make a difference to our patients. We can’t thank Will, Ruth and The Harry Johnson Trust enough.”